How old is too old to start to train?

Bushido Hombu Martial Arts Club > Articles > The Blog > How old is too old to start to train? 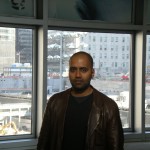 This is the very question I asked myself before taking the leap of faith and starting Bushido Karate in St Albans.

I trained in Tae Kwon Do when I was young, and had no fear, and I was fit and flexible.  Like most people I gave up when I went to university and moved away from home, and somehow priorities changed, and there always seemed to be something else to do or something more important to focus on.  Years went by, and I got married, had kids, and in-between working, school runs and being a weekend chuffer for children parties and activities I found the odd spare moment to keep fit and train and do stuff for myself (selfish I know).

As the kids got older, I found that I could be a little more selfish and train a bit more – a long Sunday cycle, a run in the park.  Its at that moment you ask yourself a question, “am I too old to start martial arts training again?”  The very thought of going to a club and trying to lift your leg over waist high filled me with fear and dread.  What if it was full of young fit twenty somethings, who think they are too cool for school and don’t want any oldies cramping their style and their high kicks?  In my mind that was a real possibility.

My memory of Martial Arts was tough training, everyone in it together, lots of discipline and lots of fun.  So I decided to check out some clubs and see for myself what has changed over the past 20 years since I last trained.

The first club I went to seemed quite friendly.  I was approached by one of the senior members who introduced me to the sensei and I got the royal treatment.  Seat in the corner, a small introduction that I was watching…all good so far.  Then everyone seemed to go about the next 10-15 minutes doing their own thing. People turned up late and just joined in, and there didn’t seem to be any discipline at all to what was going on…a far cry from what I remembered when I use to do it.  That didn’t seem right to me, and I quickly made my excuses and crept out the back.

The second club I went to was full of people and kids of all ages and abilities.  Looked promising.  I watched the class then approached the sensei at the end.  This could be the club for me.  However, rather than sell to me his approach on martial arts, what he was trying to achieve and what I could get out of the club, I ended up with a bunch of forms, and an avalanche of costs that I would need to pay before I could even put on a gee.  This was more like a business rather than what I believed Martials arts should be about.

I finally visited Bushido Karate on a Monday night.  I was introduced to Kevin who immediately made me feel welcome and in the hour I watched the class, I got an insight about what martial arts meant to him, and what he was trying to achieve – non of it had to do with money, and all of it was to do with the true enjoyment of being able to pass on his skills and thoughts to others, and also learn from others as well.  The class had the cool kids with their high kicks, the slightly older generation who don’t kick as high, but are determined to improve their abilities with every class they take, and an over whelming sense of togetherness…this felt like Martial Arts like I remembered it.

Still too apprehensive to start training, I decided to watch another class on a Thursday night…maybe the Monday was a one off and Thursday would leave me disappointed again.  Not a chance.  Some old faces from Monday night, a few new cool kids with their even higher kicks, and another mixed class of friendly people who make you feel like you aren’t too old to get in a gee and join in.

I’ve been training for a couple of months now, and feel like I am improving slowly…things don’t work as quickly as they used to.  However, what I have realised is that finding the right club and right sensei for you is crucial.  It motivates you to train when you have maybe had a long day at work and you just want to flake out at home, it gives you confidence that whatever age you are, you can train at your own level without prejudice from others at the club and it just goes to show there is no age limit to get into training…so get motivated today to find the right club for you, you wont regret it.